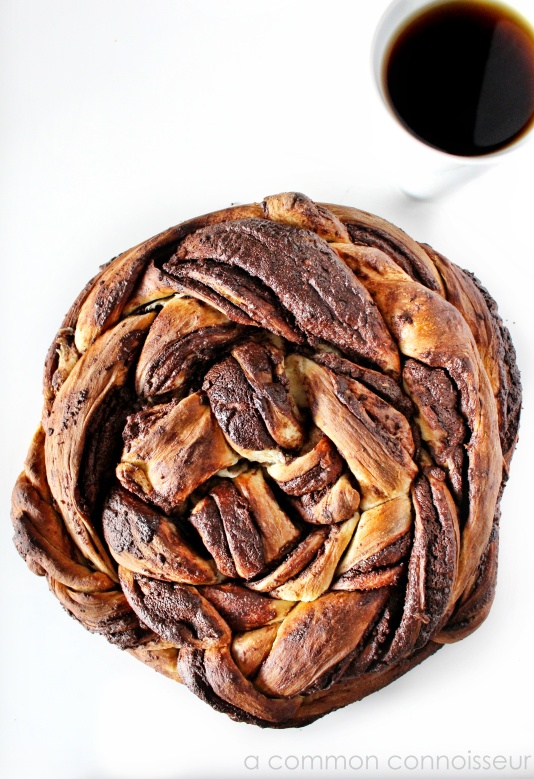 In the Seinfeld episode “The Dinner Party,” Jerry and Elaine missed out on the last chocolate babka at a NYC bakery. They were both so distraught and struggled to find a better confection to bring to their friend’s dinner party.

That is literally the only thing I knew about Chocolate Babka and, trust me, it was convincing enough to do some research.

What is Babka? It is a traditional Eastern European Jewish bread. It is made from a doubled and twisted length of yeast dough and is typically baked in a high loaf pan. Instead of a fruit filling, the dough contains cinnamon and/or chocolate.

Babka is a dessert, but is not as sweet as cake, leaning more towards cinnamon rolls without the icing. It is an amalgamation of bread and chocolate with a dash of cinnamon. Babka dough is yeast based, with a sweet and buttery flavor. A loaf of babka typically has swirls of chocolate with indulgent pull apart layers.

The chilly winter weather always puts me in the baking mood. But when it’s the weekend and I’m snuggly inside, not much is going to convince me to leave the house. So, pantry staples like flour, butter, yeast and chocolate chips are going to have to do. I found several Babka recipes and tested my own version simply from the ingredients already in my pantry and fridge. I had to make some omissions and am still very happy with the results. I didn’t have milk, so I used a can of full-fat coconut milk. Espresso powder was used in one recipe given that it enhances the chocolate flavor. But since I did not have any at home, I omitted it.

Chocolate Babka, like any other yeast risen bread, is time consuming. Most of the time is spent waiting for it to rise, so this is a lazy weekend dessert for me. It’s a step above chocolate chip cookies, but uses almost the same ingredients! I mean, you can’t go wrong.

Like I said, it was a chilly day when I made Babka. After an hour and a half of letting two bundles of dough rise, I found them deflated instead of doubled. As you can imagine, I was hot and bothered. There are so many reasons that yeast dough does not rise, such as the yeast is expired or the milk was too hot and did not activate the yeast. I did some reading on how to salvage dough that didn’t rise and liked the idea of warming the oven. So I heated the oven to 100˚F and then turned it off. Yeast likes warmth and moisture, so I covered the bowls of dough with a damp towel and set them in the warm oven. After 1 hour, they doubled in size!

I was so relieved. 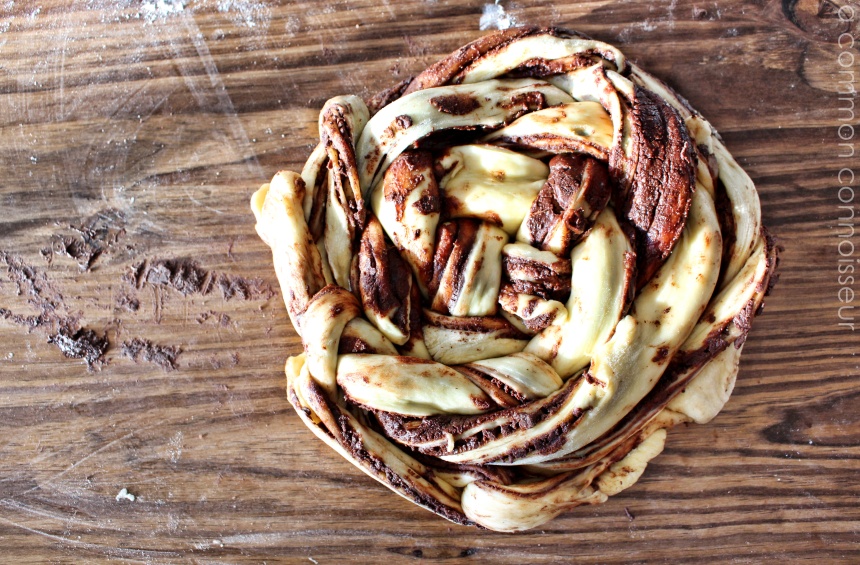 It is only a few weeks into January and we have been on a new year diet. I have been wanting to make Babka for so long and this diet did not stop me. Much like Seinfeld, I planned on bringing it to a friend’s dinner party.

Don’t worry, I tasted just enough to know that the crust was buttery and flaky with intense dark chocolate in every bite. The recipe I tried suggested to bake the Babka on 375˚F for 35-45 minutes. After 40 minutes the outside was dark golden and the middle was raw. To avoid burning the bottom, I would suggest next time to cook it at 350˚F for 45-55 minutes.